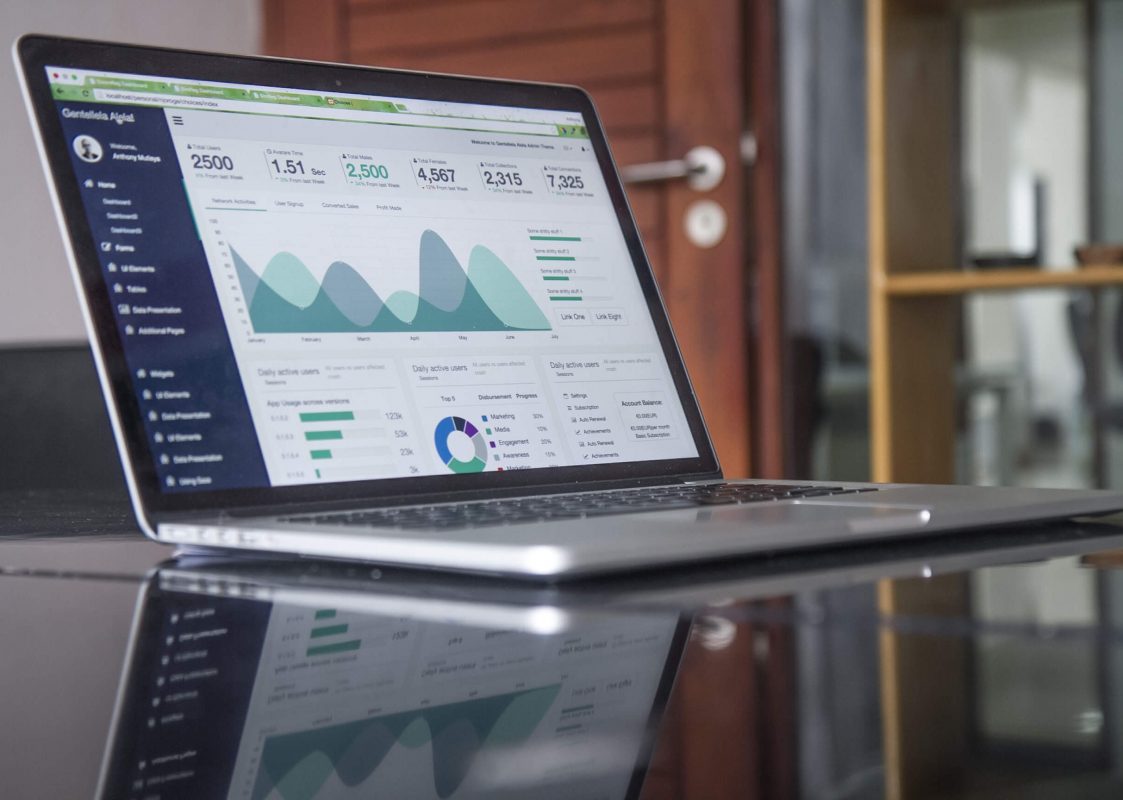 One of the best things about premium apps is that programmers who develop paid apps can dedicate all of their time and effort to the UX and UI components of the software.  Developers don’t have to worry about making space for ads or deciding which features to hold back, so they can pull in revenue via upgrades and in-app purchases.

The problem with paid apps is that, even with plenty of positive reviews, users are unlikely to purchase an app that they can’t try or preview before paying. There is such an abundance of free apps, why purchase? Both Apple and Google do not offer a way to give users a free trial for a paid app. Apple did try to give developers sort of a workaround in 2018, which was to make your paid app free, then add a non-dismissible free trial in-app purchase which lasts 7 or 14 days and then ask people to purchase a new IAP, which unlocks everything with no time constraints. It was still a workaround, so it didn’t see much adoption and was not a great option for established apps, which would lose their rankings in the paid apps category when moving to the free apps. We have yet to see Android present their solution.

Whether people will buy your app or not depends on your product, audience and the apps similar to yours.

In general, premium works best in these situations:

1. There is a strong demand for your app.

2. You have a strong brand already and can establish trust with users. So, they are willing to pay before they download the app.

3. There is not so much competition that will drive the price down.

4. There are no ongoing feature or content costs that can drive up the average cost of supporting a user to levels higher than what the user paid for the app.

5. You can offer a really premium experience and a premium service.

Since users have come to expect apps in the $2 — $5 range (a few niche apps can charge $10 or more) there is no way to get higher ARPU. Even though this strategy results in a higher average revenue per download, the premium is not the most profitable model, if you’re looking at the absolute volume of profit that can be made.

There is a small subset of this group which are paid apps with in-app purchases. This is typically done for an already premium base offering in your app. You can then get paid upgrades for other premium features via in-app purchases.

In the freemium model the initial download of an app is offered free-of-charge, but with limited functionality. Freemium apps typically can make more money than paid apps, but it may take more time to build profits.

When executed properly, a freemium app can be a win-win for consumers and developers by giving a user the opportunity to sample a program without spending any money, which can significantly increase the number of people willing to give the software a try.

Despite its inherent benefits, the freemium model is successful when it’s implemented intelligently. If too few features are offered in the free version of an app, users will fail to get a good feel for the program, and are unlikely to enjoy it enough to upgrade, or even to keep it on their devices.

Would you pay for only a slightly better experience than the one you’re currently enjoying for free?

In general, freemium works well in these situations:

1. There is enough competition that users invariably have other cheaper or free options.

2. When reach is important. You need a large number of users quickly to create network effects.

3. When your product or service is established and so loved by users that they’ll pay for something before losing access to it.

Although offering in-app purchases (IAP) is not a stand-alone model to monetize apps, it can be combined with free or paid apps to generate increased revenue. The dominant business model in the mobile space is currently free apps with in-app purchases.

Keep in mind, however, that in-app purchases are not a guaranteed money-maker. If implemented poorly, they can lead to bad reviews, frustrated users, and customer service nightmares. Consider these potential drawbacks before pursuing this app monetization strategy.

If users want to play these games and use these apps for free and not pay – they absolutely can. If they think the developer deserves money, they also have the option to pay. Developers on the other hand are more likely to continue the development of the app to make users’ experience more enjoyable. In theory, everyone wins.

This system has the potential for developers to make a lot more money. When they make more money, we get more and presumably better apps and games. Furthermore, developers don’t have to depend solely on an ad revenue from displaying ads in their app.

Subscriptions are a regular fixed fee that the users are charged automatically via the App/Play Store for using the app. This model offers the benefit of a steady income, but it works well for apps that regularly offer fresh content.

The subscription app model also provides a higher likelihood of an engaged audience. Maintaining app engagement is a challenge for many apps, but it tends to be easier for subscription apps since users pay, they make sure they get as much out of your app as they can.

Nowadays, ad supported apps are very common. Some of the more typical types of advertising in apps are:

Banner ads are small advertisements throughout the app, or on specific screens. Banner ads typically provide low eCPM (revenue per 1,000 impressions shown) but make up for this with high impression volume. Banners are the only popular ad type, which provides the ability for rotation, typically every 30-120 seconds.

Video ads are short (about 15-30 second) videos during natural breaks in an app. Video advertising pays well (approximately $.025 – $.05 per video view), but it can have a negative impact on app retention, because users tend to quit instead of watching the video.

Most typical among games, these are non-skippable full-screen video ads. They have a high eCPM, because users can’t skip them and have to watch them, if they want to get their reward, which is usually in-game or in-app upgrades, power-ups, tokens, credits, etc.

Interstitial ads are interactive, full-screen ads that cover the interface of their host app. They are designed to appear between content, so they’re best placed at natural transition points or breaks, such as in between activities or game levels.

One of the newer formats in mobile advertising. Native advertising is the use of paid ads which match the look and function of the media format in which they appear. Such native ads are often seen in social media feeds, or as recommended content on a web page.

Choosing a subscription model, just because recurring revenue sounds better than one-time, or because it’s supposed to make more money in the long run, is almost certainly a bad idea.

Let’s take a simple example with standard numbers for 2019:

Spend $0.20 cents per install on marketing at a 4% retention rate after the 7th day means an actual CPI of $5. An average ad impression will bring revenue of $0.003. If you plan to make money with ads, this means your user will have to make $5 / $0.003 = 1666 impressions. At an average of 3 ad impressions per user per session, you user will have to make 555 sessions. At 10 sessions per user per month, this is 55 months (over 4 years). And that’s the equation just to win back the money you spent on advertising.

These are all assumptions and some ads do make more money than others. For example, an interstitial impression brings close to $0.01 (ten times more than a banner), but you can’t show interstitial ads as often as banners, without frustrating your users to a point of exhaustion.

If we look at recurring revenue options, let’s say you have a conversion ratio to subscribers of 3% overall, so your cost per paying user is $6.67. If you have a good offering, you can quickly return those costs and start earning money in a few months. You only need to consider that you need a much higher budget to achieve that and you have to be able to be losing money for a few money, with the potential to start making profits in 6-12 months.

There are also other ways to get users. But also consider that you have other costs, except the actual cost of running the ads – development, management, service fees, etc.

Consider a similar scenario for a paid app. You pay $4.00 CPI and you don’t care about the retention rate. If you spend enough, you climb to the top of the charts and you start getting a lot of organic installs and your overall CPI drops to $2.00. You get $0.80 (after Apple’s commission) for each install if your app costs $3.99 in the App/Play Store. Even if a user drops out, you don’t lose money. You just need to keep your app fresh and add new features to make people happy.

So, none of these can be named best, they just serve a different purpose.

PrevPreviousPros and Cons of Working as a Freelance Developer
NextWhat’s Emotional Burnout and How to Avoid it as a Programmer?Next 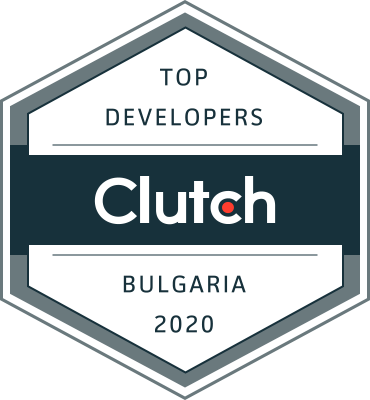 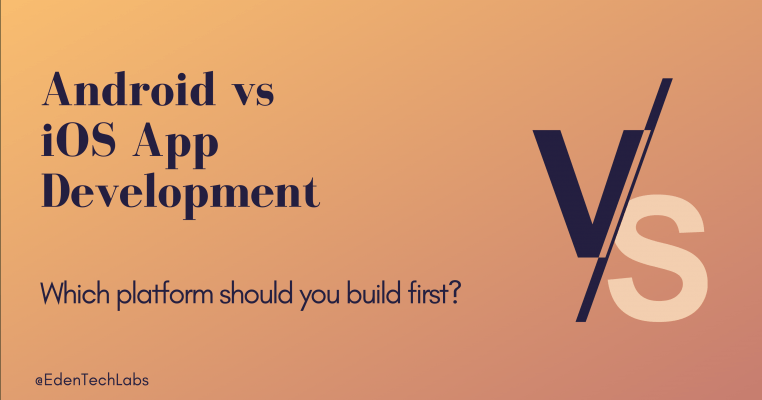